Helping you when no other telecommunication company can.
BT cant help? We can..! Ring for advice, if needed.

Unlike other independent ex BT employees
We are industry qualified telecommunication consultants. 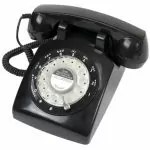 We provide the best support for your telecommunications.
Residential or commercial clients? We have the solution. 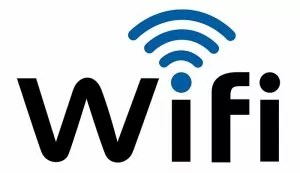 Ex BT engineer Manchester, equipped to deal with telephone line faults, broadband issues,
damaged cables, poor internet connections, issues around master socket relocation,
“crackly” lines, or data network issues with Cat5e/6 cables.
Should you require any help installing any of the above, we are at your service.

Broadband connections can sometimes act up at the worst possible times, leaving you with a poor connection or none at all,
something we cannot afford to be without in this data-driven age.
Your issue may be a faulty cat5 socket or an entire network that has not been properly installed for optimum performance.
Give one of our ex BT engineers a call and we will not only identify the issues on a rapid response basis
but also ensure that your connection is as good as new.
If the WiFi in your house is not connecting as it should, our Ex BT engineer Manchester will share extensive knowledge
with you so that you do not face any such issues in future.

According to Oxford University Press:
Manchester derived its name from Mamucium, the Roman name for the 1st century-settlement and fort.
Mamucium itself is a Latinised form of the Celtic meaning “breast-shaped hill”.
The Latin name for Manchester is often given as Mancuniun.
At the time of the Domesday Book in 1086 a village called Mamecester existed. In time the name changed to Manchester.
There is a story that Reddish is called that because there was once a battle there and the blood left ‘reddish’ stains.
It is far more likely that Reddish is a corruption of Reed Ditch.


With many local business users and residential customers
Ex BT engineer Manchester are becoming increasingly popular in the local area
With clients all over the North West we aim to be the no1 choice around.
Prices are generally 50% lower than BT Openreach.
We aim to serve our customers as quickly as we can, with possible weekend call outs available.

Greater Manchester is governed by the Greater Manchester Combined Authority (GMCA).
Which consists of the leaders of the ten metropolitan borough councils, plus a directly elected mayor.
Whom holds responsibility for economic development, regeneration and transport.